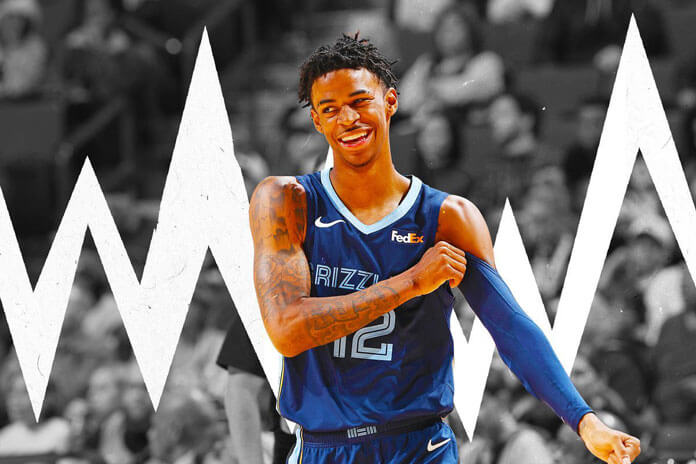 Ja Morant posted a prayer. It is always nice to see that famous people are not ashamed of their faith and talk about it in public. Demonstrating their position of faith is a great reinforcement for those who are ridiculed or even persecuted for God.

An amazing example is one of the rising NBA basketball stars Ja Morant from the Memphis Grizzlies team.

In healing the trauma he suffered during the match, Ja Morant shared with her fans that he puts his trust in God during rehabilitation, which gives him the strength to endure pain.

Ja Morant suffered an ankle sprain in a match with the Brooklyn team on Monday. The trauma was serious and was taken out of the square by medics in a wheelchair. ESPN reports that treatment may take up to 6 weeks.

The next day, the athlete posted a prayer text on his Twitter account.“Prayer For Today: Dear God, I bring to You my burdens,” Morant wrote. “You know my situation. I can’t do it without you. Comfort my heart, give me strength and help me carry on. Amen.”

A few minutes later, Morant also re-tweeted a Bible verse someone had posted about his injury and rehab.“Therefore I tell you, whatever you ask for in prayer, believe that you have received it, and it will be yours. Mark 12:24”. Ja Morant wrote optimistically in his tweet, “I know God is working, so I smile.”

“ Prayer For Today: Dear God, I bring to You my burdens. You know my situation. I can’t make it without You. Comfort my heart, give me strength and help me carry on. Amen. “ 🙏🏽

He being named Rookie of the Year last season while averaging seven assists and 17.8 points. The results this season are even more impressive. Morant is 12th in the NBA league in scoring at 26.3 points per game.

He was a runaway winner for the season’s top rookie, receiving 99 out of 100 first-place votes. In a first-round pick out of Murray State, Morant got last year that winning Rookie of the Year was a goal.

“Being named rookie of the year felt great, honestly,” Morant told The Undefeated. “There are not many people you can name who have won that award. It definitely was an honor. Something I was working for all year. I also told my family once I got drafted that I was going to win the award. To be able to win it and back up my words was something good. ”