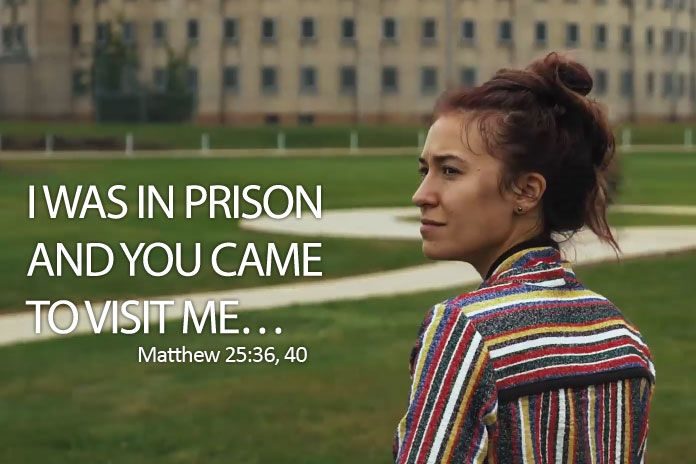 Imprisoned people often live in spiritual darkness, lose hope and are full of anger for all the world. But even the most morally broken down people have a possibility with the help of God find the faith, draw oneself up, and start a new life. That’s the reason why Christian mission in the prisons is so important.One of such mission could be prison worship.

Not long ago, Christian artist Lauren Daigle appeared in the Statesville Correctional Prison in Crest Hill, Ill. and had an unexpected experience: “It was a day that was more than I can describe. It was a day that my eyes have never seen and can never be overlooked.”

But what was the indescribable thing about the experience? “We sang songs with prisoners whose voices were carried deeper into our hearts than the echo of a microphone will ever trigger. I saw hope in the face of the hopeless, joy after mourning, wealth in the gap of corruption and life in the midst of death”, Lauren Daigle looks back on her appearance in the Statesville Correctional Prison in Crest Hill.

“These people have stories, and they have a soul too. I watched Heaven approach those who are often forgotten. With each passing day, I can never take for granted what it means to walk around as a free person”, the singer added.

Daigle had the opportunity to serve and pray with detainees in the Illinois prison. Facebook user David Gomez responded to the video she posted on her channel: “Lauren, coming to Stateville and sharing your gift with the perpetrators and staff was an amazing experience! We thank you for your time and the love you have shared with us.”

Gomez continued, “You have brought so much hope and lit a great light in a dark place! You and your crew are really wonderful people. Thank you for your visit and please come back if possible. I always pray for you and your family.”
«We condemn too often»

a day more than I can articulate

Yesterday was one so unexpected. It was a day that was more than I can articulate. It was a day my eyes had never seen and will never be able to unsee. We sang songs with inmates whose voices carried deeper in to our hearts than the echo of a microphone will ever release. I saw hope in the face of the hopeless, joy in the wake of sorrow, wealth in the gap of depravity, and life in the midst of death. These people have stories, and they also have souls. I watched heaven befriend those who are often forgotten. With each day that passes, may I never take for granted what it is to walk around as a free man. I held a bottle of cold coffee upon pulling out of Statesville Correctional Prison. My hand had never remembered that bottle being so cold…

Another user wrote that he himself had been inmate there about a decade ago – thanking Lauren for her performance. Likewise, Lori Lillard Runions wrote: “I am blessed to be part of a prison worship. Too often we condemn the detainees. Jesus died for her just as he died for me. Thank you for being such an encouragement in your words, your songs, your actions. God has blessed you tremendously and works through you. ”

The Stateville Correctional Center is a high-security men’s state prison in Illinois and currently accommodates 3,500 inmates.