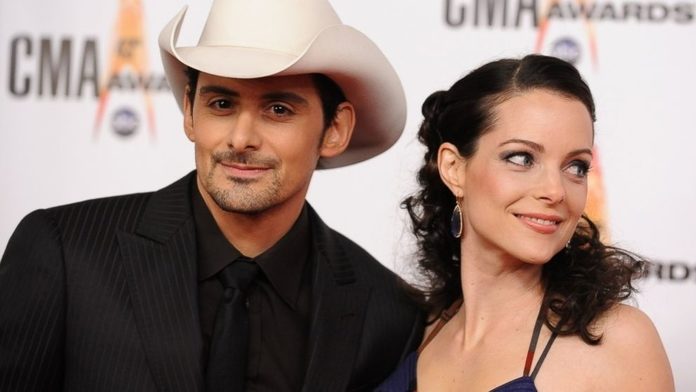 It is really nice when people not only listen to the Word of God but also seek to realize it in their lives. Apostle Paul said: “Carry each other’s burdens, and in this way, you will fulfill the law of Christ.” (Galatians 6:2) Country singer Brad Paisley and wife, actress Kimberly Williams-Paisley, decided to implement these Bible words in reality and opened a particular grocery store.

Brad Paisley and wife Kimberly launches The Store in Nashville

This is not an ordinary supermarket. They want to help those in need. The Store has been developed in collaboration with Christian Belmont University and is run by the Second Harvest Food Bank of Middle Tennessee and other organizations.

The Store is located next to Belmont University’s Ministry Center. The business wants to ensure the supply of fresh and long-lasting food. For example, the store offers families everything they need for a full year if they plan to get back on track.

“This is a grocery store with dignity for people who are in hard times,” said Brad Paisley, president of the store’s board of trustees. “It’s nice that there are places where you can get help to get back on your feet.”

Brad Paisley and wife Kimberly shared the news on their Instagram accounts.

Some of you may have heard about the new charity we are launching in Nashville, called “The Store” @thestore_nashville. It’s in partnership with @belmontu, my college, and it’s in its early stages but I’m very excited about this concept. More to follow on how you can be a part of it going forward.

The country music star wants to serve this together with the Christian private university and other works of the city Nashville. Every year, so 3,000 people should be able to be supplied with fresh and non-perishable food.

The Idea was developed during the last Thanksgiving

The family developed this idea during the last Thanksgiving when Kimberly noticed that her children were a bit spoiled. To educate their children about the hard lives of other children, the family went to a charitable organization called “Unity Shoppe,” which offers free food and clothing for people in need all year round.

“We were surprised by what we experienced there,” Paisley explained. “Most people do not want alms. They want dignity and respect. Most people only want to take care of themselves.”

The idea of caring for people while helping them maintain their dignity inspired Paisley and his family and led them to the opening of The Store.

Bob Fisher, president of Belmont University, says: “In Belmont, we believe that being able to help another person is the greatest privilege. Brad and Kim live this mission in every aspect of their lives in an extraordinary way, notably through the creation of The Store. I am delighted that our current students can bring their gifts and abilities to support the needs of the store’s customers.”

Founders of the Store has plans to expand the services scope of the shop. They plan to open job training and cooking classes additionally. We wish them the best success and never stop doing good for the community!