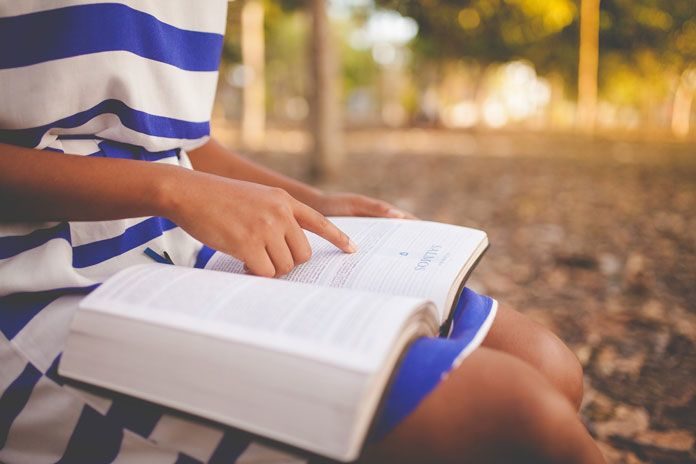 We often hear the question: “What is the Bible?” Some people may see Bible as a random book written by people that have lived in the past. They may not see it as a special book or as a guide or manual for Christians. Different people have different ideas about the Bible. This same book is used by different people for a different purposes, has different meaning and convey different message. Some may use it as just a reference point, as a prayer book, as a guide to clear an argument, to check and know the lifestyle of people in the past.

The Scriptures were originally written on scrolls made of papyrus (Luke 4:20), a material also the same as paper but thicker. Later parchments were used before codex was adopted.

The word “Bible” is a Greek word Biblia which means book. Sometimes Bible is also referred to as Holy Book, Holy Scriptures, or the Scriptures. Total number of Bible books differ. For example Protestant Bible Contains 66 books, Roman Catholic- 73 books, which is divided into two, The New Testament and The Old Testament. Each book of the Bible is further broken into chapters and verses which makes it easier to find a particular scripture from it.

What makes up the Bible?

Apart from the major division of the Bible, Old and New Testaments, the Bible is further divided into more subdivisions: the Pentateuch, the Historical Books, Poetry Books, Prophecy Books, Gospel Books, and lastly the Epistles. They were all written by 40 different authors from different region focusing on one person and that is God. These are several thousand years old texts. 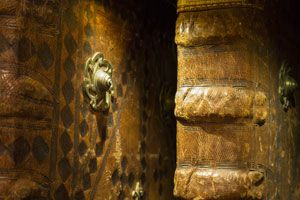 In addition to what is the Bible

Simple answer to the question What is the Bible? – The Word of God.

The Bible is a scriptural book that is inspired by God. The writers of different books of the Bible are inspired by God 2 Timothy 3:16: “All scripture is given by inspiration of God”.  Without the inspiration of God, it will not be easy to write such powerful words which makes the Bible different from other books, a unique book. Looking at this, does it mean that the whole of Bible is the word of God? Judging by what is written in the Bible, it is not written that the Bible is the word of God.

The word of God surpass just a written text. Hebrews 4:12 says “the Word of God is living and active,” the confirmation of that is in John 1:1,14, the Word was with God from the beginning and the Word became flesh and dwelt among us. The Bible is termed as “the Word” of God by Christian because it is believed that it is inspired by God, therefore, it is His Word given to his servants.

The Bible is a book that reveals the Love of God. Different stories of the Bible show how God himself express His Love towards us. The most popular part of the Bible that show the expression of His love is John 3:16, God loves the world and release His son to die for us. It does not only show how God demonstrates His love, it also teaches how to love. 1 John 4:8 says “Whoever does not love does not know God, because God is love”, James 2:8 “If you really keep the royal law found in Scripture, “Love your neighbor as yourself,” you are doing right.”

The Bible also teaches us forgiveness. In Matthew 18:21, Peter was asking Jesus how many times he should forgive his brother who sins against him. In verse 22 of the same chapter, Jesus answered him “I tell you, not just seven times, but seventy-seven times!”. So hope you already have some idea what is the Bible?

The Bible is a guide for everyone

Holy Bible is a guide for everyone that desire to live a fulfilled life (2 Timothy 3:26). The Bible is just like a manual that you get when you just bought a sophisticated machine. To know how to operate it, how to use it you go to the manual and read through. So also is the Bible, it is a guide to live a perfect life, how to do things. There are people in the Bible that have done what you want to do, you can learn from the outcomes of their action.

The Bible is a book you can find amazing stories to learn from. It has stories that children will find interesting and also help them to live according to the plans of God. There are stories of Jesus and the miracles he did in his lifetime. So find your answer to the question what is the Bible.

Also read: Why should I read the Bible? Daily guide and reading plan

Why is the Bible important God’s Word book for Christians to...