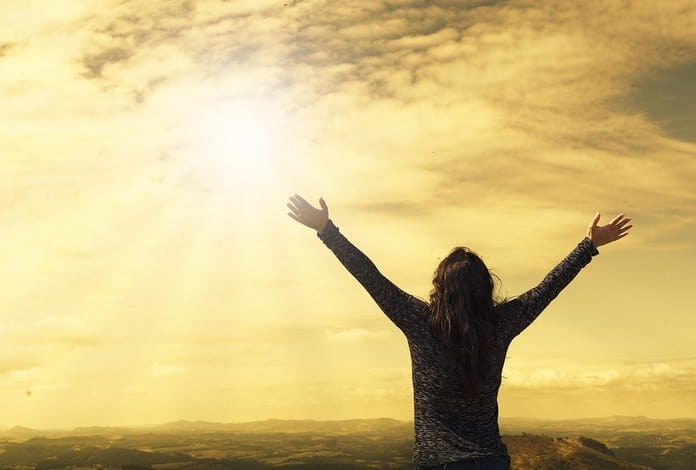 Most often we love to listen to music that will uplift our spirit and connect us to our Creator. TOP 15 Christian hymns are some of the most beloved songs of all time. Traditional Christian hymns take us into that spiritual realm since they are mostly composed from Psalms and other biblical poetry coupled with a great sweet melody. Best Christian Hymns are the song of all times, places, or situations and listen to by both Christians and even non-Christians, always have its root from the word of God and proclaim the gospel of our Lord Jesus Christ.  Aside these, they are songs that helps Christian build a strong faith, gives comfort and strengthen the weak fellow among us.

Below are some of the best Christian hymns that are well known throughout Christian denominations, evergreen and favorites of many if not all. Hope you enjoy listening to them.

Amazing Grace is one of the most popular Christian hymns of all time; the words were composed by a preacher named John Newton while studying a scripture.  Newton was a former slave trader and used to writing a hymn to supplement his sermon. The song was first published in 1779 and set to different tunes over the years. Amazing Grace” is a very popular and favorite of many English speaking worlds. William Walker in 1835 published the lyrics with the “New Britain” tune which is how it is sung today.  The inspiring lyrics are powerful and a soul lifting song that reminds us of Gods amazing grace, the grace that saved a wretched sinner like us from condemnation and brought us to marvelous light. The list is incomplete without Amazing Grace especially when you understand the story behind the song.

Blessed Assurance was written by Fanny J. Crosby, a blind hymn writer in 1873 with the melody written by Phoebe P. Knapp. Crosby visited Knapp, who was having a pipe organ installed. Knapp played the tune, which she called “Assurance,” then asked her friend Crosby about the tune she played and her response was “Blessed assurance, Jesus is mine.” and a great history was made. The lovely songs remind us of our salvation in Christ, a new creature redeemed by the blood of Jesus.

3.Great Is Thy Faithfulness

This one of the most popular Christian hymns was written by Thomas Chisholm in 1923, an ordinary man faces with life challenges due to his health problems.  Chisholm had to work hard to survive. In the lyrics of the song, Chisholm proclaims Gods faithfulness and loving-kindness towards him and for which he was grateful.  The tune was composed by William Runyan. It’s an inspirational song for Christians during a difficult situation.  This great song is loved by many and talks of the extraordinary power of God to supply all our needs and help us skip through the toughest moment of our lives. That is why we can say “All I have needed Thy hand hath provided.”

4. What a Friend We Have in Jesus

This song was originally a poem written by Joseph M. Scriven in 1855. He wrote the poem to give spiritual comfort for his mother staying in Ireland then while he was in Canada with his sick wife who later died. The tune was later written by Charles Crozat Converse 1868.  Scriven was devoted member of the Plymouth Brethren Church and helper those that are destitute. What a Friend We Have in Jesus tell us about the writer pain and how he found solace in Christ. The song generally reminds Christian of their first love and true friend. The one who is ready to stay and helps reliefs our pain if only we let him be our companion.

This is one of the most popular country gospel favorites of all time. The first verse of The Old Rugged Cross was written in 1912 by George Bernard. The Christian hymn was first performed as a duet by Bennard and Mieras. Performers are known to sing “The Old Rugged Cross” include Al Green, Elvis Presley, Johnny Cash and June Carter. George Bernard wrote the song with help from Charles Gabriel a popular gospel song composer.

In Christ alone my hope is found, He is my light, my strength, my song. The song is considered as one of modern Christian  hymns, the song was written by Keith Getty and Stuart Townend, they are both songwriters of Christian hymns. The song tells the story of life, death, and resurrection of our Lord Jesus Christ. The hymn is one of the best songs of all time.

It Is Well With My Soul was written by Horatio Spafford. This is a hymn for those suffering or passing through pain. It’s a song that gives strength and hopes to the ones in deep pain “it is well with my soul.” Spafford experienced life-changing events. Starting from Chicago fire in 1871 where he lose almost all his investment to when his 4 children were killed in a shipwreck. Horatio Spafford’s hymn has brought peace and comforted many people over the years and still does till date.

George Frideric Handel wrote Hallelujah Chorus September 06, 1741. This song is part of oratorio Messiah by Handel, which concludes the second of three parts. Hallelujah Chorus becomes widely perform by millions of people all over the world during Christmas season.  In the lyrics of “Messiah” are these words, “And he shall reign forever and ever, Hallelujah! King of kings and Lord of lords, forever!”  It was made know that King George II was so moved by the music when he heard it that he stood to his feet, the action which prompts his subjects to followed suit.

Two sisters wrote this Christian hymn in 1841. Sarah Flower Adams wrote the text and her sister, Eliza Flower, wrote the music.  This hymn is one the best songs of all times. The lyrics are powerful. In a time of crisis or tribulation, the toughest person becomes soften this could be as a result of losing loved ones or one’s own end is close such as seen in the movie title Titanic in 1912. There comes a time when most will turn to pleading with the Divine and somehow reaching into the depths of salvation. The tune of the song connects us to the cross for salvation in the midst of crisis.

10.  All Hail The Power Of Jesus Name

Edward Perronet was a missionary to India. He wrote the lyrics of the Christian hymn All Hail the Power of Jesus Name. The lyrics of the song have been translated into all language Christianity is known nationwide.  The song proclaims of power in the name of Jesus which supersede any other power as seen in Acts 4:12 “Neither is there salvation in any other: for there is none other name under heaven given among men, whereby we must be saved.” It states clearly that Jesus is the only savior through whom we can only be saved.

Abide with me is a Christian hymn by Henry Francis Lyte a Scottish Anglican in 1847.  The song is popular among Christendom and was said to be a favorite of King George V. This is usually considered a funeral hymn by some people. The hymn is more a prayer for God to continually stay with us in all our lives.  “Hold Thou Thy cross before my closing eyes; Shine through the gloom and point me to the skies. Heaven’s morning breaks, and earth’s vain shadows flee; in life, in death, O Lord, abide with me.”

This Christian hymn text was written by Henry van Dyke with the intention of musically setting it to the famous “Ode to Joy” melody of the final movement of Ludwig van Beethoven’s final Symphony No. 9. The writing of the hymn was done in an age where there was some real fear that the age of science might bring religion into extinction making it null and void. The music is an uplifting music that gives trust, hope, and joy to Christendom.

The Christian hymn Trust and Obey were derived from a young man’s testimony about his confidence of salvation. The young man said, “I am not quite sure, but I’m going to trust, and I’m going to obey.” Daniel Towner was impressed by the words and wrote the lines down and send to his friend John Sammis who transformed it into a hymn chorus:  “Trust and obey, For there’s no other way To be happy in Jesus, But to trust and obey.” Towner composed the tune and the rest is history today.  This is a hymn of all time written in 1887, it proclaims Christian faith to always trust in God and walk in the way he wants us to.

I Need Thee Every Hour was written by Annie Sherwood Hawks in 1872. The words of the hymn were written while she was doing her household chores. She has written over 400 hymns but I need Thee became much more famous than she could imagine. Annie Sherwood Hawks helped set her verse to music. It’s not surprising why the hymn is popular and loved by all, who does not need God present, guidance or his unconditional love all the time? The same feeling the writer felt when writing the song is being felt by many Christian today and that is the reason the song will remain timeless and many peoples favorites.

This Christian hymn was put into text by Rev. Johnson Oatman, Jr was a noble gospel songwriter during his lifetime. Born on April 21, 1856 near Medford, New Jersey. Oatman has written over 5,000 hymns text.  Edwin O. Excel tunes the words into music and the rest was history. Count your blessings is included on the top list because it a great hymn that reminds Gods children of the need to be grateful, regardless of our present situation or conditions whether (good or bad).  If only we can reminisce then probably we will know how to appreciate God more.

Hillsong Worship Jesus I Need you Lyrics and Chords