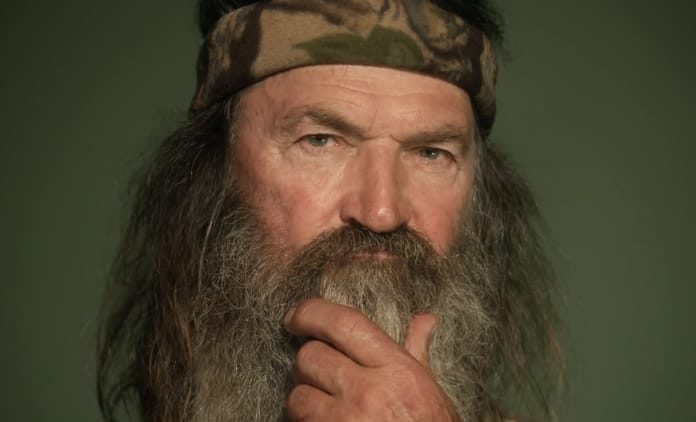 Within a couple of years, this rural family from north Louisiana was enjoying unprecedented success with the most-watched nonfiction cable series in history. But all of that success turned into controversy when in 2013, a GQ interviewer asked him what he believed was sinful. Robertson responded, “Start with homosexual behavior and just morph out from there. Bestiality, sleeping around with this woman and that woman and that woman and those men.”

This sparked a heated debate and led to A&E initially suspending Phil Robertson show only to rescind the suspension after viewers demanded it. Since then, Robertson has gotten himself into hot water several other times due to his statements on atheism, politics, and his faith. But the response of secularists hasn’t discouraged him.

“If liberals and Hollywood elites are going to pressure a network and advertisers to abandon me for saying something that is common sense as ‘You need to be a boy to be a Boy Scout,’ then I am going to go where they can’t silence me. I have never been one to shut up.”

And that is exactly what Robertson is doing. He’s joining CRTV with a new television show called ‘In the Woods with Phil’ . CRTV is a digital network that features a number of conservative pundits and commentators including Michelle Malkin and Mark Levin.

So far there’s been little revealed as to the format of the show that he’ll be headlining. But he has been clear that it will not feature any “political correctness”.  Based on several brief clips available on the CRTV website, viewers can expect to see Robertson at his most raw. In one of those clips, entitled ‘I am starting a fire’, he encourages people who “want to hear the name Jesus without reservation” to join him “in the woods.”

In a recent interview, Robertson opined, “For far too long we have been told to shut up. No more. Here’s the deal, America. These are my woods. Out here, I call the shots. Out here, we reject political correctness, or as I like to say, ‘pontificated crap.’”

It’s clear that Robertson isn’t going to be pulling any punches with regard to his faith or politics. He is devout Christian. But only time will tell if he can duplicate the success he saw with ‘Duck Dynasty.’

Christian Terry Crews shares how he found deliverance from addiction

U2 Singer Bono surprise – secret participation at Mass in Bogota