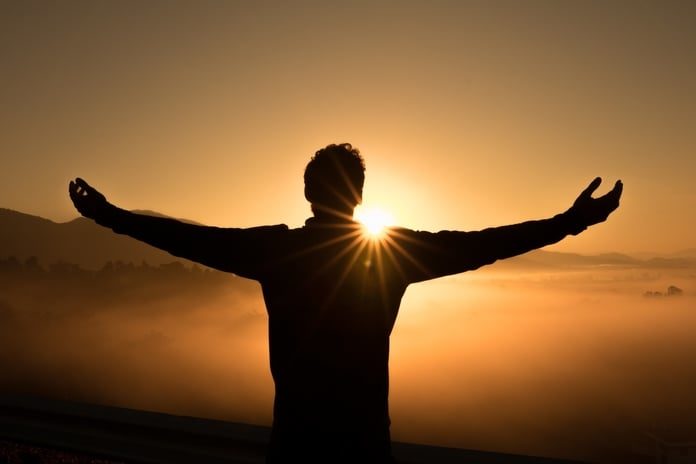 We read some Bible verses about adoption into God’s family:

Paul states that “the heir, as long as he is a child, is no different from a slave, although he is the master of everything.” In those days, there was an unusual law for us, today, the law. Its meaning was such that every citizen of Rome, who had a son, publicly announced his adoption only in full legal age.

That is, the legitimate son, was to be formally accepted by his father to inherit. It is easy to understand that, despite the privileged position of the son, he, while still a child, was no more than his servant. The rights of the slave and the rights of the son practically did not differ until the child grew up and was not “adopted” by his father. After that, he was considered a full-fledged master of his inheritance.

This unusual custom very well characterizes the relationship of the Old and New Testaments, as well as us with you, who were once under the law. Some may argue that here Paul speaks exclusively about the Jews. However, in previous chapters, he insistently requests that no distinction be made in Christ by any indication.

Therefore, everything is written concerns you and us. So, he says that before the coming of Christ we were as in childhood, without the rights of inheritance, although they were heirs by promise. Why is it said about John that of those born of wives did not rise a greater prophet than he, but less in the kingdom of God – more than him! After all, the most privileged servant cannot be more than the most worthless son.

What a glorious time for the church we live in! Indeed this is what “the inquiries and studies of the prophets who predicted the grace that was appointed to you” were related to.” You now can easily imagine the grandiose plan of Salvation that God had before the creation of the world. First, the fall, then submission to the law, as a child who is not yet ripe for a full-fledged inheritance, and finally the incarnation of the Son of God, through which we received adoption and became full members of the heavenly family. So what does it mean to be adopted by God?

However, it’s easy to talk about adoption, and it’s much harder to stick to the doctrine of sonship in your life. You always will face the question what does it mean to be adopted by God for me personally.

The fact is that this concept contains a lot of responsibility. When a mercenary is working for the benefit of the master, he will never fulfill more of the duties assigned to him. He came, worked and left because he was utterly unconcerned with the actual state of affairs in someone else’s inheritance. It is quite another matter – the son. He is well aware that everything in his father’s house belongs to him, which means that he will give all his strength to increase the estate.

What does it Mean to be Adopted by God?

Here we should like to emphasize several important aspects of what does it mean to be adopted by God, into God’s family. We, being adopted by our Lord God, can behave differently.

There are cases when those who were adopted by the flesh ordinary, good people, could not cope with their evil inclinations and, having robbed their new parents, fled from them. It is difficult to imagine what kind of feelings of offended and suffering love such benefactors experienced. How would you if you found these unfit, adopted in your family teenagers? Perhaps you would say that since he did not appreciate your kindness and love for them, do you forever renounce this child, and again send it to a shelter for street children?

Not so our heavenly Father! We know that his infinite love is so strong that when the prodigal son returned home, squandering everything inherited from his father, he did not reject it. How natural would it be to hear the words: “Finished off? I warned you why you did not listen to me? “. However, it is written that “his father saw him and took pity; and ran, fell on his neck and kissed him.”

This is the true love of the heavenly Father! God told Israel that they did not think that He chose them because they were important people or something special. His argument is brief: “… because the Lord loves you” (Deuteronomy 7:8). As much as we would like, that every day of our life we realized that we were adopted by the Lord God himself, and it’s not just words!

The apostle John says: “Dear friends, now we are children of God, and what we will be has not yet been made known. But we know that when Christ appears, we shall be like him, for we shall see him as he is.” (1 John 3: 2). The greatest promise and no less great responsibility! Will we behave like slaves who care about the state of the master’s house, or how the sons who are heirs – decide for us?

One thing to remember is that the Father will not chase us if we leave him and voluntarily refuse to be one family with him. But if realizing, we will return – He will never reject us. There is a case when one gentleman, walking with his little daughter, met his old friend. He asked, pointing at the child: “Yours?” – To which a short answer followed: – No. The fact is that because of his concepts, this man dreamed of a boy, and his friends knew about it. Having met a friend, he could not abandon his stupid prejudices and quickly left his daughter.

Isaiah prophesied and said: “Will a woman for Can a mother forget the baby at her breast
and have no compassion on the child she has borne? Though she may forget, I will not forget you! get her sucking child so that she can not spare the son of her womb?” but if she also forgot, I will not forget you” (Isaiah 49: 15). Thanks are to our God that He never and under no circumstances renounce us!

Even if we are poor, thin, cut off and with pig horns in our pockets – He will embrace us, and take us into his inheritance – if only we can come to Him. That’s the true answer to the question what does it mean to be adopted by God, into God’s family.

The Spirit of the Son

The last thing that can be pointed out is the words: “And as you are sons, God sent your Spirit into your hearts the Spirit of His Son, crying:” Abba, Father! “. Abba is an Aramaic word for a gentle reference to the father. So little children talked to their dads. Paul testifies that to all the adopted children God gives the Spirit of His Son, who calls to the heavenly Father with filial rights.

Yes, that’s how Jesus Christ, on earth, prayed to God. Once he was asked: “How should we pray”? The Savior replied: “Pray this: Our Father …”. The answer shocked even the most ignorant people in the law: to address the holy Yahweh, calling Him Father! We know that Christ spoke twice about revealing the name of God to men. This is the name of the Father since in the Old Testament no one would dare to call God “Abba, Father.” That’s the answer to the question what does it mean to be adopted by God, into God’s family.

We considered the case when the mad father abandoned his daughter, and on the basis of the Scripture say that God would never do so. But can we renounce our sonship? Surely you know the story, when one mother, saving her daughter from a burning house, received burns to her face, which severely disfigured her. Once, crossing the mother on the ship, a grown-up girl met girlfriends who were confused by the disfigured look of a woman standing nearby. They asked “who is this?”, To which the confused daughter answered in a low voice: “I do not know.”

Brothers, do not we are sometimes like such ungrateful children? Are we always ready to “go beyond the camp, carrying His reproach”? Everyone wants to reign, and everyone wants everything, but the Scriptures teach us that we are saved in the hope, but for now, on earth – we have to make our salvation with fear and trembling. May the Lord keep us from neglecting or frivolously, like Esau, abandon the marvelous gift of adoption. Hope you already get the idea what does it mean to be adopted by God.

Dear brothers and sisters!  We talked and found answers to the question what does it mean to be adopted by God, into God’s family.  Do not think that you can admire the kingdom of God, doing nothing! The gospel clearly says that it “is taken by effort, and the one who uses the effort admires him.”

All who sincerely want to seek the Lord in their lives will be comforted by the full force of Christ’s words: “I will not leave you orphans; I will come to you” (John 14: 18). Maybe for some, it will be a revelation that we are genuinely adopted by the heavenly Father, but let this truth prompt you to action. Let everyone who hears about this say: Lord, I do not want to let you down, you allowed to be called and be a child of yours, help not to dishonor your glorious Name, and to turn out to be a faithful and kind son. Amen.

Biblical Principles of the Christian Family

What does the Bible say about superstition, is it a sin...

Accepting God’s Will for your Life. Bible Verses and Prayer