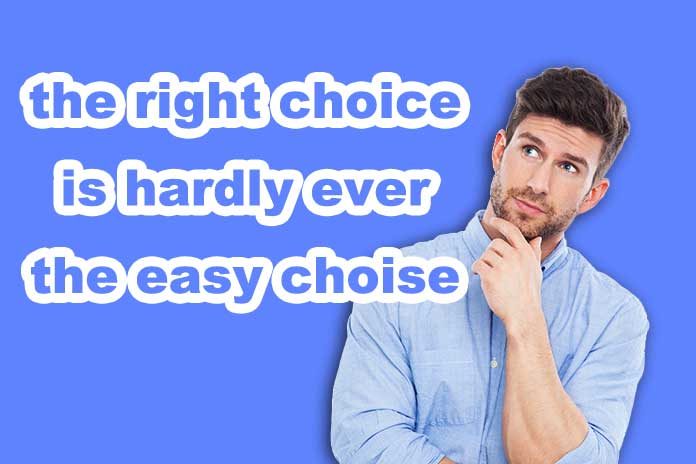 Bible about the Fall

“Now the serpent was more crafty than any of the wild animals the Lord God had made. He said to the woman, “Did God really say, ‘You must not eat from any tree in the garden’?” The woman said to the serpent, “We may eat fruit from the trees in the garden, but God did say, ‘You must not eat fruit from the tree that is in the middle of the garden, and you must not touch it, or you will die.’” “You will not certainly die,” the serpent said to the woman. “For God knows that when you eat from it your eyes will be opened, and you will be like God, knowing good and evil.” (Genesis 3:1-5)

Make the Right Choice as a Christian

What would you have done when the serpent asked you to choose? We make that choice every day.

Did God REALLY say that to you His creation? Let’s move you to the present. You have a chance to buy a house in the best part of town, where the average person makes a 7 figure income, a car for each of the member of the house and close to schools that have the best football team in the state but where’s the church?

The people that live there swap wives, steal from their companies, beat up the ref. at the baseball game for a bad call and the cops are on the take. The house is worth about 3.3 million and you can afford it.

Then there’s the house that is in a quiet neighborhood. Schools are a little further and your kid has to take the bus to school but the same kind of church that you grew up in is right there.

Then you see other churches and kids having fun. The house is cheaper by a lot but your boss will think it’s a dump. Your boss lives in the other area you just looked at. Then your boss says that he would give you a large raise if you moved where he lives. What do you do?

Did you eat the fruit or listen to God’s voice? No one ever said be a Christian would be easy. Matthew 19:24 says “And again I say unto you, It is easier for a camel to go through the eye of a needle, than for a rich man to enter into the kingdom of God.” Jesus was telling the rich man that he needed to give up everything and follow Jesus. The rich man left.

Being Christian is a Hard Decision

Being a Christian is a hard decision to make but one that has to be made. Satan in the form of the serpent said that if Eve ate of the tree of knowledge of good and evil she would not die but would know everything that God knew, and Eve made a choice that has centuries of strife and death. Man was created to live forever but Satan’s evil charm messed with Gods plan. Satan lied to Eve as he lies to you everyday.

How would things be different today if Satan failed? Would he have kept trying until another person disobeyed God? First there would be no need for salvation, because Christ would not have had to die for our sins.

We would all be in the Garden with no cares, pain, no need to diet, no cars to pollute this perfect world, and no death. Sound great to you, well what is your vision of Heaven, is that pretty close?

Ever since the Garden of Eden, man has tried to make a perfect world. Our Earth has seen a lot of advancements since the Creation. But she has seen even more tragedy. Empires fortunes, and the worst, life came and went. Why did this happen to our planet? We have disobeyed God!

Parents, did you ever tell your babies and toddlers not to touch the hot pan? How many children did it any ways? Did you punish them? I trying to heat Fritos one at a time in a sauce pan with the flame on high. The pan touched my arm and I got burnt. I even had a babysitter telling me I would get hurt. But I didn’t listen. I told her I did this all the time. She was only 3 years older that me. If I had listened to her, I would not have been burned. I still have a little reminder on my arm to help me during my stupid times.

Eve stopped and even argued with Satan. But the serpent knew Eve was week and then not to help matters she told Adam what she did and he ate too. Why, Adam didn’t want to be alone? What was he thinking? God then cast them out of the garden and guards were placed at the gate to prevent them from eating the tree of life. God was so angry that he caused women to give birth and men to work forever.

Every Choice we make has a Reactio

For every choice we make it does have a reaction. Make the right choice as a Christian. Remember the 3 million dollar house? It was built on a radioactive dump site and all the people lost everything including their lives. The choices we make can have a lasting effect for generations to come. Read the paper and the Bible. It’s in the Book. God’s word tells us what to do and how to act so we can make the right choice. Keep prayed up “and the gates of hell shall not prevail against it.” (Matt 16:18)

Satan can come as an angel of light if that’s what it takes to get your soul. He can make hell sound like the perfect spot for you. “And it’s just for eternity, but you can have it all right now. Do you think God is going to let you suffer forever? Remember he loves you and he is a merciful god.” Don’t believe a word Satan says. The Bible says God’s going to do it and God doesn’t lie. Sin cannot enter Heaven.

May the Glory of God shine on you this day and for always. May your choices be for God not yourself. Always make right choice as a Christian. Tell Satan to get behind you. Let him know that you belong and listen to God only.

Lord these are tough times for we Christians. Let us know that you love us and are holding us in your massive but gentle hands. Teach us to pray about our choices before we make a move. We also pray for two of our friends, Papa Joey and Natalie, bless them and touch their bodies and heal them in the name of Jesus, heal them Lord as always, your will be done. Amen.

Biblical Principles of the Christian Family

How Could I Change the World? Begin with yourself