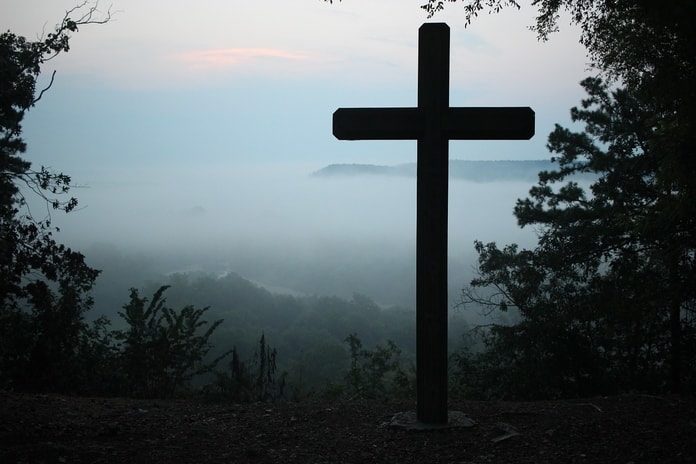 Why you have difficulties accepting Jesus Christ into your heart as Lord and personal Savior? Last week, we received a mail from one of our readers. She asks for our help: “I have always believed in God. But in my heart, I can’t accept Jesus as son of God and a deity, rather than a human prophet. It’s hard to call myself Christian – it’s also hard not to. Am I arrogant and doomed?” We observed the sender was pretty serious in finding answers to inquiries about her belief and it gladdens our heart to answer because many people are faced with a similar problem. I have even personally come across Christians who struggle with accepting what the Bible says about who Jesus is.

People have problem in unraveling the reason behind the common acceptance of Jesus being the son of God. For those who were raised to believe, it’s easy to accept, because they were taught so as children, so they can’t struggle to accept an already held belief. That’s natural. That is the reason why, when you believe, it’s very hard to stop believing. It’s often like dropping a part of yourself. But for those who never believed, or who find strong reasons not to believe that Jesus is God, the Bible reveals a high basis of evidence. Let’s read some Bible verses, maybe them will help you accepting accepting Jesus Christ into your heart.

Jesus declared Himself as both fully man and fully God to those who opposed Him: “I and my father are one” (John 10:30). When you read further to verse 33 you will see that they even started to stone Him, because they found it difficult to accept that Him a mere man, claimed to be God. Apostle John declared that the word which has been from the beginning is God, dwelling among us in flesh (John 1:1; 14). Jesus life began long before He was born in a manger in Bethlehem (Micah 5:2, Col. 1:15). He existed before Abraham was born (John 8:58). He is the only begotten son of God. Jesus was a spirit creature in heaven before he was born as a man on earth. Look at Jesus words in this verses “I have come down from heaven” (John 6:38; 8:23).

It is impossible for you to believe in God and don’t believe in Jesus as the son of God. Because Jesus truly is God. You cannot separate the knowledge of the son from that of the father. Jesus cannot be a human prophet that once existed and at the same time be one with God; this thought is just not imaginable.  To believe the son is to believe the father and to despise the son is to despise the father. Luke 10:16 says: “The one who hears you hears me, and the one who rejects you rejects me, and the one who rejects me rejects him who sent me“.

It is through the son that we can have access to the father. John the Baptist, though older than Jesus by age on earth confessed that Jesus is the only begotten son of the father, who has long been before him. Jesus can’t just be an earthly prophet as John the Baptist was and get this kind of reverence from John. (John 1:12-18).

Your question seems similar to the conversation Jesus had with one of His follower, Thomas after His resurrection. He told him in John14:1b: “Believe in God; believe also in me”. That’s it, belief… no more, no less. The context of this phrase shows that Jesus is claiming equality with God.

Accepting Jesus Christ into your heart as Lord and personal Savior

God so loved and loves us. In His quest to restore man back to His original plan before the fall, He decided to send His son into the world in the form of a human to save us. That is the main reason why you should believe in Jesus and start accepting Jesus Christ into your heart. He lived a perfect life abiding by God’s instructions so as to set an example for us His followers called Christians. He then died in our place for our wrong-doing against God, because we deserve death as the punishment for our sins. Jesus later rose from death and has returned to heaven. Now He transforms the lives of all who believe in Him.

God will not be pleased with those who after this biblical evidences still refuses accepting Jesus Christ into your heart as the son of God: 1 John 5:10-12: “Whoever believes in the Son of God has the testimony in himself. Whoever does not believe God has made him a liar, because he has not believed in the testimony that God has borne concerning his Son. And this is the testimony, that God gave us eternal life, and this life is in his Son. Whoever has the Son has life; whoever does not have the Son of God does not have life”.

When you open up your heart in accepting the proven fact about Jesus being the only begotten son of God, a supreme being that is one with God; then you can now see the glory of the father as it shines forth perfectly in His dear son.

Related articles: Who is Jesus Christ? Some interesting facts you need to know

How to trust God in difficult times? Believe and trust in slow work of God

I am depressed, feel stressed and sad. How can God help...