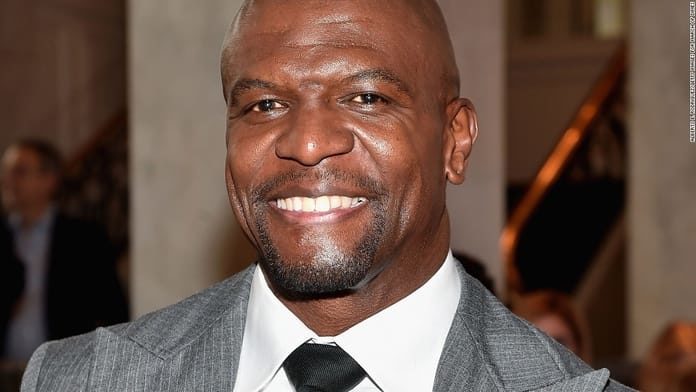 Terry Crews, one of the stars from the hit sitcom Brooklyn Nine-Nine, is known as an outspoken Christian. He’s described himself as a “servant to my Lord and Savior Jesus Christ.”  But being a Christian doesn’t mean that he hasn’t dealt with temptations and struggles. So here is Christian Terry Crews story how he has dealt with his addiction.

Temptation is one of those things that’s common to all of humanity.  To old and young, rich and poor, black and white. Scripture describes Satan, the Tempter, as prowling “around like a roaring lion looking for someone to devour” (1 Peter 5:8). And one of the most common ways that Satan attacks people is through sexual temptation and sin.

Some people might argue that someone like Terry Crews, a man who has success, wealth, and a beautiful wife, wouldn’t have a reason to get caught in the net of pornography. Some might think that addiction only affects teenage boys or twenty-somethings. But they’d be wrong. Research has shown that pornography is one of the biggest moral issues of our day. Satan is truly out to steal, kill, and destroy through the demon of sexual temptation.

Christian Terry Crews testified to this fact in a recent article in Relevant magazine and a video that he posted on his Facebook page.

Crews’ addiction was so bad that he nearly destroyed his marriage and ended up in rehab. He’s clear about the dangers of this addiction: “My problem with pornography is that it changes the way you think about people. People become objects. People become body parts. And things to be used, rather than people to be loved. You start to change the way you see people. You start to use people.”

But it doesn’t have to be this way. According to Crews, one of the best ways to get help is to first admit to yourself that there’s a problem. Then, share with others who are committed to helping you overcome this sin. Crews says, “By not telling people, it becomes more powerful. But, when you tell and when you put it out there in the open … it loses its power.”

Thankfully, with the help of a supportive community and the power of God, Christian Terry Crews has overcome his addiction and is now working to help others.

In a culture that glorifies sex, Terry Crews is a shining example to all – Christian and non-Christian – that there is hope for those struggling in addiction and sin.