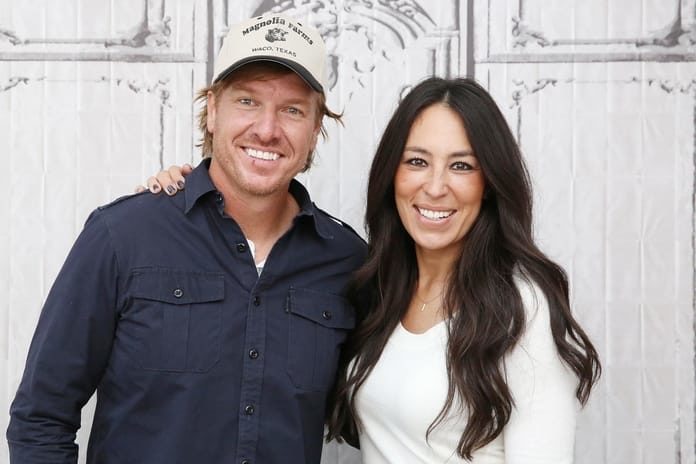 Chip and Joanna Gaines are best known as the hosts of HGTV’s hit show Fixer Upper. It’s a reality show that follows Chip and Joanna Gaines family, owners of Magnolia Homes based out of Waco, TX, as they flip houses. Anyone who watches their show knows that they divide duties evently – with Chip focusing on more administrative, real-state aspects of the business and Joanna using her eye for design to transform houses into homes worthy of a family.

The show’s pilot aired in early 2013 to 1.3 million viewers. Its first regular season followed in the spring of the next year. Since then, it’s only gained popularity, at times reaching twenty-five million viewers. And though Chip and Joanna Gaines famiy have seen a great deal of success, they’re calling it quits so they can focus on more important things.

And though season 5 will be the last for Fixer Upper, Chip and Joanna still have a lot on their plate. Their business currently employs over four-hundred people and they have their own line of furniture, wallpaper, and paint – among other things.

Even before this news, rumors were buzzing that something wasn’t quite right with their marriage but Chip and Joanna Gaines family has gone on record several times denying that there are any problems.

Chip described the source of some of those rumors by saying, “Every time you see Jo in these really pissed-off moods, it’s always me going to talk to the paparazzi and her leaving in this angry deal. Rarely is it us in the actual fight that they’re describing in the article. She’s really just mad at the paparazzi.”

Frustration with the media is part of what has driven their decision to end Fixer Upper at the height of its popularity. But even more than that, Chip and Joanna Gaines family realized that there are some things which are more important than fame.

Chip has tried to make this fact clear by stating, “That’s not what motivates us: more money, more fame, more things. We didn’t really want all of this stuff to begin with.” Instead, they want to take time to focus on their family, including their four children.

We could probably all benefit by taking a step back and reevaluating our lives to make sure that we’re focusing on the truly meaningful things, those things which are eternal. Chip sums it up well when says, “we’re just going to take a break, we’re going to enjoy our family, we’re going to step back, really focus on our businesses, and what God has blessed us with, and then we just can’t wait to see what the future holds. We really are extremely optimistic.”

May we all live with such focus and optimism.