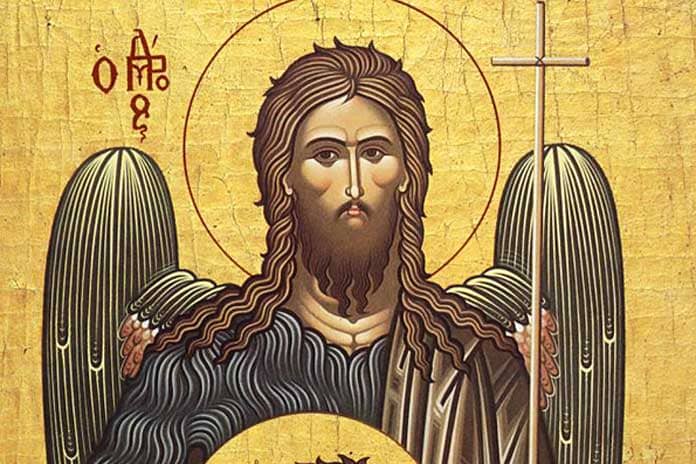 The voice of one crying in the wilderness. The Church today, June 24, celebrates the birth of John the Baptist, the forerunner of Jesus Christ.

John came into the world shortly before the birth of Jesus Christ. According to the Scriptures, he was born six months earlier than Christ, the only son of the venerable priest Zacharias and his wife Elizabeth. The mission of John the Baptist during his life was to prepare the people for the coming of Christ. That is why he is also called the Forerunner.

Children are never the full property of their parents. They belong to God, to themselves, to their vocation, to the whole world. Parents are just like an arc from which an arrow is launched to fly as far as possible.

In the Gospel of Luke, we read the wonderful story of the birth of John the Baptist. “The time was come for Elizabeth to give birth, and she gave birth to a son” (Luke 1:57-66.80).

All children come into the world as light, as the fulfillment of a certain idea, babies are a blessing from God. They come from God.

Like a star falling from on high into the hands of a mother, they bring with them a spark of infinity: joy and the word of God.

The birth of a baby to Zacharias with Elizabeth was not an accident, but the fulfillment of prophecy. In their old hearts, the parents felt that the little one they took on their hands belonged to a much greater majestic story.

At Birth, the Mission Begins

This is always the case: children are never the full property of their parents. They belong to God, to themselves, to their vocation, to the whole world. Parents are just like an arc from which an arrow is launched to fly as far as possible.

children are never the full property of their parents

In the case of John the Baptist, his birth was also a time of silence: the gift of language taken from the priest in the temple was given to his mother. God always writes His story in a calendar of life that can never be limited by any institution or law…

In the society of that time, it was a truly revolutionary moment: the priest, the recognized leader of all, is forced to remain silent, and the woman, who usually finds herself on the fringes of public life, speaks in her own name and that of her husband.

In Hebrew, the name means “gift of God.” Elizabeth realized that the baby, that life, the love she carried in herself and now in her hands, is a particle of God. It became clear to her that the fate of her baby was to be a gift. In fact, it is the depth of our essence, because each of us is a gift to the others.

Parents, let us trust in God

Zechariah became dumb because he did not believe the message brought by the angel. He closed his heart to what he heard and therefore lost his voice. He didn’t listen, so he can’t say anything now.

This circumstance of the birth of John the Baptist makes you think: whenever we believers stop listening to God’s Word and apply it to our lives, we become dumb, insignificant, then we carry no message to anyone.

However, the doubts of the old priest did not stop the workings of God, and this becomes a consolation to us: in spite of anything, our shortcomings, our meager faith will not stop the powerful current of God’s grace.

After hearing the son’s name, “the gift of God,” spoken by his mother, Zechariah regains his promise and begins to glorify God. His hymn of thanksgiving speaks of the victory of life, of the growth, of the birth that comes to us from on high and promises a new future.

The Future is in God’s Hands

“What then is this child going to be?” (Luke 1:66) The guests gathered at Zechariah and Elizabeth ask each other. This question should be repeated, leaning to each nursery: what will be the gift that came from on high? What will he bring to the world?

One thing is clear: it is a unique and priceless gift, a joy and a prophecy, a word that God has told us. This gift will be the “voice” that John the Baptist was. But the “word” will be another Person.

7 Tips for Children’s Bible study. Reading the Bible with Children

4 tips to teach children the value of money, to save and use them

5 the most important and good leadership skills to develop at...

Children are a Gift from God and Blessing? Bible verses and...