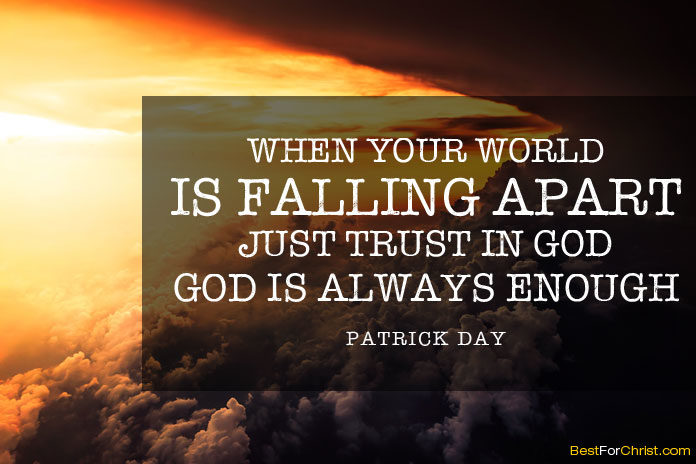 In the spring of 2006, depression attacked me and my whole world changed. My chest and stomach tightened. My thoughts and emotions became unglued. Sleep escaped me. Just the thought of food disgusted me. I became a recluse, not wanting to leave the house or have anyone come over. This was a different Patrick than the one I had known. It was as if I had been born again into a tormenting world of darkness and fear. I was battling depression.

The next four years of my life were worse than anything you can imagine, unless you have suffered major depression yourself. My journey was not a straight path. There were ups and downs and ins and out in battling depression. The summer of 2007 turned out to be the worst time of my life, ever, when death seemed the only way out of my suffering. Medication had failed me, as had psychotherapy or any kind of talk therapy.

God had always been a big part of the equation during these four years, but during that summer, spiritual healing was the only thing I had going for me. The excerpt below from How I Escaped from Depression summarizes those horrible three months.

How I was Battling Depression

Depression gifted me with my own demons, a motley crew of darkness, hopelessness, and despair. They brought me to my knees. My body and soul begged for healing but received nothing. And yet, I refused to deviate from my path of complete withdrawal from Klonopin. I turned in desperation to spiritual healing.

I met with our church’s prayer pastor and his wife on a weekly basis. He anointed me with oil twice. They prayed over me and laid hands on me. They read Scripture to me and taught me to lean on the psalms and promising passages from Isaiah. I had hoped for divine healing – that I would be miraculously healed of depression in an instant. It didn’t happen, but each time I left the church, I felt closer to God and had a glimmer of hope. Turning to the spiritual was the only thing that helped that summer. I’m not sure I’d be alive today if it weren’t for that.

My good friend, Pastor Bruce, called me during my darkest hours. He had the gift of responsive listening. He called once when I was on the couch downstairs, ready to give up the ghost, and calmed me down with Scripture and prayer. Before he called, if there had been a gun next to me, I would have used it. The man who led me to Christ, Myron, called often and told me of God’s great love. Another friend, Phil, a medical doctor, was both a source of medical encouragement and a Christian friend. And there were others. I can’t tell you how important a supportive network of family and friends are. I wanted to be alone, but they wouldn’t let me.

You may think I’ve taken leave of my senses when I say I’m glad I went through such a terrible time in my life, now that I’ve escaped from depression. And I’m glad it took four years. I may be going too far now. It’s almost crazy to say I’m joyful I lost four years of my life. But I am, for I have a personal relationship with God that would never have happened without all the pain. My choice was to curse Him and die or trust in Him as my only hope. I chose the latter.

The healing of clinical depression is a three-legged stool. One leg is the rebalancing of the brain chemistry, with medication if needed. The second is the healing of the soul through psychotherapy. The third is spiritual renewal.

I learned another important thing during that summer while battling depression: when your world is falling apart around you, when personal suffering is beyond description, and when you feel like a Job, God is enough. He is always enough.

By PATRICK DAY
Author of “How I Escaped from Depression: Ten Critical Lessons Learned the Hard Way”.

If you are interested in reading more about how I was battling depression, the book is available on Amazon: How I Escaped from Depression: Ten Critical Lessons Learned the Hard Way

Related article: I am depressed. How can God help me?

Be encouraged, don’t give up. Faith and encouragement Bible quotes

Accepting God’s Will for your Life. Bible Verses and Prayer